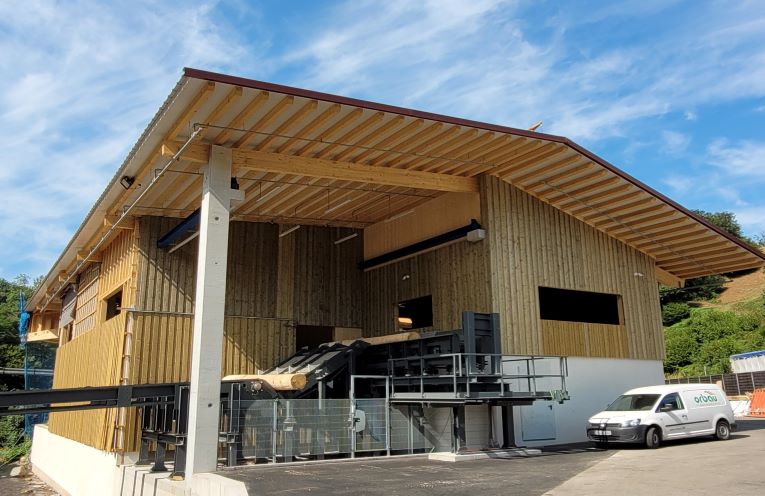 Renewal of the band sawmill – Update

The housing for the new bandsaw has almost entirely been wainscoted. Also, log wood reception across the creek is completed. The new log band saw has already been put into service since early July and while there were a few growing pains, those grew less day after day.

In order to be able to continue production, a makeshift belt conveyor runs to the old recutting machine. By that, we can shorten the “holding time” until final completion, presumably in September.

The foundation for the new recutting machine has already been poured. However, completion will be somewhat delayed as we have not been spared from global delivery issues.

The band sawmill built in 1995 has already been dismantled.